This post is part of the series on using the Pi-hole; this series is a sub-series of the Adventures with a Raspberry Pi.

With the Raspberry Pi configured to allow remote access using SSH, we can connect to it using an SSH on any other machine. Windows 10 has the SSH client enabled by default from the April 2018 Update (Windows version 1803).

To access the Raspberry Pi, you need the username and IP address for your IP: 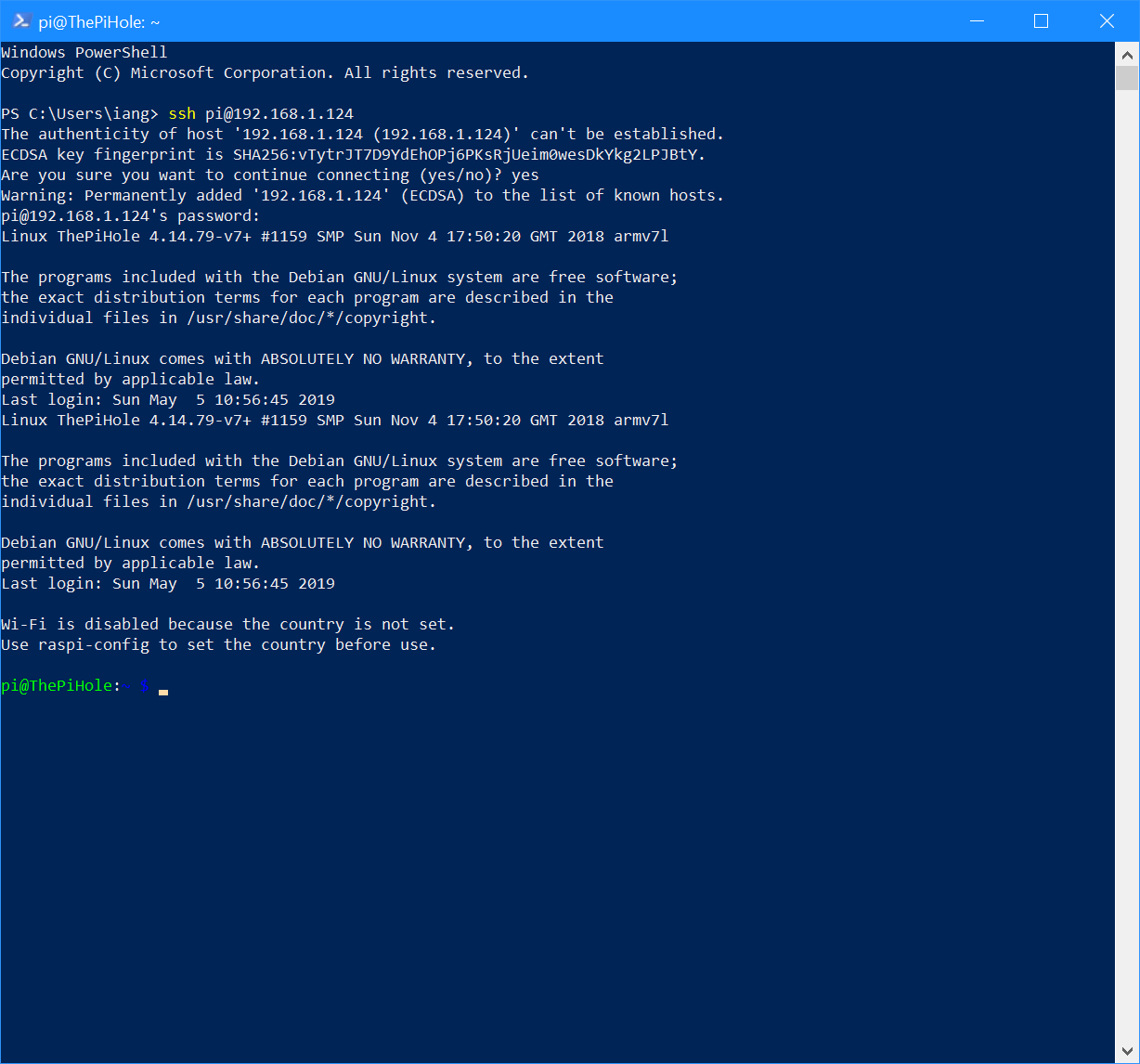 The default username for a Raspberry Pi is pi; use the following command to access the Pi (replacing the highlighted section with your PI’s IP address:

If you’re connecting using SSH for the first time, you may be prompted to continue connecting; type yes and hit return.

Enter the pi user’s password; you’ll be taken to the command prompt of the Raspberry Pi.

Adventures With A Raspberry Pi

Using Pi-hole On A Raspberry Pi

This post is part of the series on Implementing SmartList Builder from eOne Solutions.

As mentioned in the last post SmartList Builder was directly sold by Microsoft under a licensing agreement for many years until, with the launch of Microsoft Dynamics GP 2013 SP2, the product was released back to the original ISV; a Fargo based ISV called eOne S0lutions.

I understand this was because the new top person in charge of Microsoft Dynamics GP did not like licensing products from the ISVs and release quite a few back to the original developer. However, this left a gap in Microsoft Dynamics GP in that users could no longer create new SmartLists. And so, SmartList Designer was created.

In theory it fulfils the same job as SmartList Builder; you can create new SmartLists by joining tables together or by linking in a SQL view. When it was first released, I took a look at it as an alternative to SmartList Builder on the basis it was free as opposed to needing to buy SmartList Builder.

However, in every area, it is an inferior product. It is not as functional and it is not as easy to use.