This post is part of the series on building my new Raspberry Pi; this series is a sub-series of the Adventures with a Raspberry Pi.

With the Raspberry Pi built it is time to install the operating system.

The SD Card which arrives in the starter kit from Canakit is already loaded with NOOBS, which is an easy operating system installer which contains Raspbian and LibreELEC; it also provides a selection of alternative operating systems which are then downloaded from the internet and installed.

Start the Raspberry Pi and wait for NOOBS to start. Scroll down and mark the box next to Raspbian Lite and then click the Install button on the toolbar: 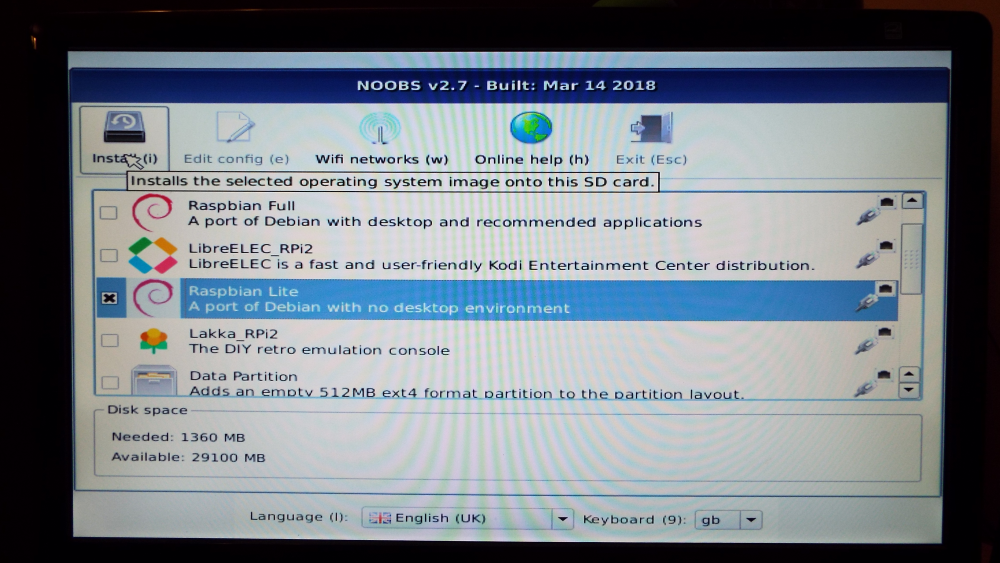 END_OF_DOCUMENT_TOKEN_TO_BE_REPLACED

This post is part of a series on Implementing SalesHQ Portal, which is one of the GP Elementz Portals from my new employer, ISC Software Solutions.

Once I have SalesHQ deployed and salespeople and/or customers with access, I run a quick test to make sure I can log into the portal.

Navigate to the web address you supplied during the implementation (I didn’t use a custom address so have a default one). When the login page loads, enter the email address and password of one of the salesperson accounts you created: