The nineteenth Feature of the Day covered is Suggested Item Enhancements – Sales Script and Additional Information. The Suggested item enhancements allows the user to add a sales script to each suggested item. This script will give the salesperson more information about the item. 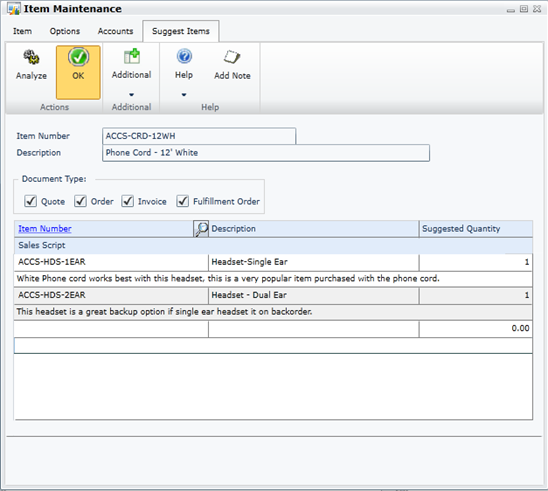 END_OF_DOCUMENT_TOKEN_TO_BE_REPLACED

The eighteenth Feature of the Day covered is Suggested Item Enhancements – Analysis and Assignment. Suggested Items were introduced in Dynamics GP 2013 and it is really good to see this feature extended further.

The Suggestion item enhancements allows the user to analyze an item and recommends companion items that should be sold with it. The assignment feature uses the suggestions from the analysis and will provide the ability to update the Suggested Sales Items window at the time of the analysis. 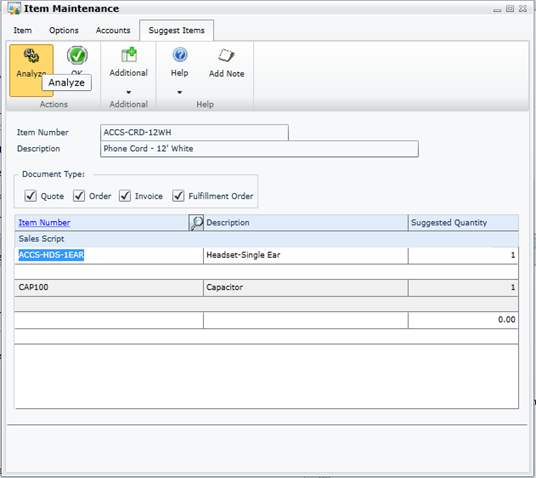 END_OF_DOCUMENT_TOKEN_TO_BE_REPLACED

The seventeenth Feature of the Day covered is Azure Backups.

The SQL backup and restore windows in Dynamics GP 2013 R2 have been enhanced to allow backups to be stored on Azure. I’ve noticed the same problem that MIcrosoft have with backups; namely that people will make a backup of the SQL databases and then leave them on the same server. This is pointless from a disaster recovery point of view as if something happens to the server you have lost both the database and the backups.

But, as of 2013 R2 the backups can be transferred to Azure storage. The Company Backup window (Microsoft Dynamics GP menu » Maintenance » Backup) has been enhanced to allow Azure to be selected as the backup location and a path specified: 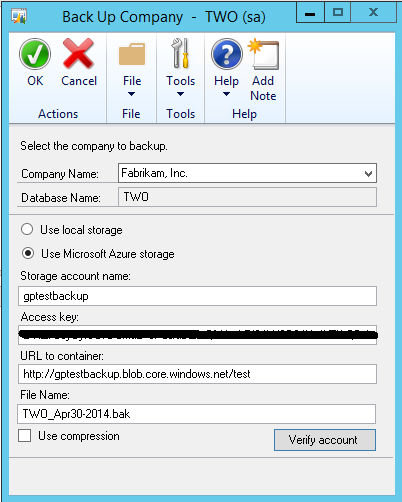