Across the years since it was launched I have done a lot of work with Management Reporter, including many migrations to new servers and upgrades which necessitated a migration to a new server or instance of SQL Server, but have never seen this particular error message before.

In this case, I migrated the Management Reporter database to a new server and installed the very latest version of the server software. When I started the database configuration, I received this error message: 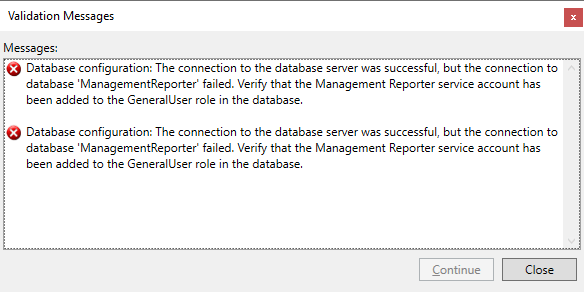 It is a nice descriptive error message which helpfully tells you what you need to do to resolve the problem; using SSMS you need to amend the permissions of the account used by the service on the Management Reporter database by marking the GeneralUser role: 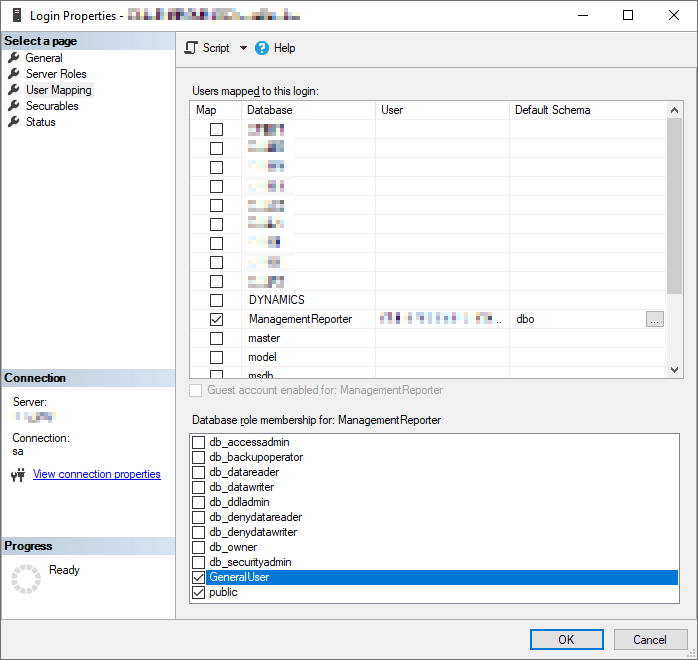 I have never had to do this before when migrating a database to a new instance of SQL Server. I do run the capture logins script, but this time we started using a new service account as well; the other times I’ve one this, the existing account continued to be used so the permissions were present from the initial install.

ISC Software Solutions are UK and Ireland based experts on Microsoft Dynamics GP. If you’d like to speak to someone about support, consultancy, upgrades, implementation, development, GP Elementz add-ons or portals, or anything else Dynamics GP related, you can use the form below.