Fred Webb posted a question on the Dynamics GP Community Forum asking if it was possible to prevent the User Date being changed in Dynamics GP 2010.

One response was to use Field Level Security which would work but seems a little excessive. I had a think on alternatives and, because we’re dealing with GP 2010, the one I came up with was to prevent the User Date window being opened by using a little VBA.

The VBA I used was:

Me.Hide causes the UserDate window to be hidden from the user as it starts to open, and Me.Close forces it to close.

I could have put both the Me.Close and Me.Hide in the sub Window_BeforeOpen, but I found the main GP window didn’t get focus back. By splitting the Me.Close into Window_BeforeActivate focus was returned to GP when the UserDate window was closed.

The downside of using VBA asa solution is that it will not work with the Microsoft Dynamics GP 2013 Web Client, although it will work with the standard 2013 client.

I was away last week and missed the launch of Microsoft Dynamics GP 2013 and this week it’s Christmas so I’m not doing much today or tomorrow, but I’ll be back later this week with some posts. 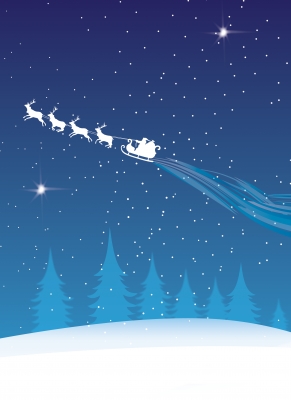 In the mean time I hope all of you in the Dynamics GP community have a very Merry Christmas.

These days I find that time passes far too quickly. Turns out it was on the 14th November that RU3 of Management Reporter was released and I said I’d do some posts on the web client part of it. Well, time flies but I’ve finally found the time to do the post I promised.

When I downloaded Management Reporter 2012 Rollup 3 I did what quite a few people seem to have done and looked for the web client installer within the setup utility. Well, it turns out there isn’t one as it is all handled by the server install. To view a report in the MR 2012 web client all you need to do is output the file to a network location or SharePoint. I’ve gone the easiest route and output the file to a network share.

In the Report Designer, open a Report Definition and switch to the Output and Distribution tab and change the radio button to Generate to multiple report library locations. In this case my report is being output to Library/P&L and if I click on it I can then choose to set a Related Report Link Location which I have set to the shared Dynamics Central location on my server; 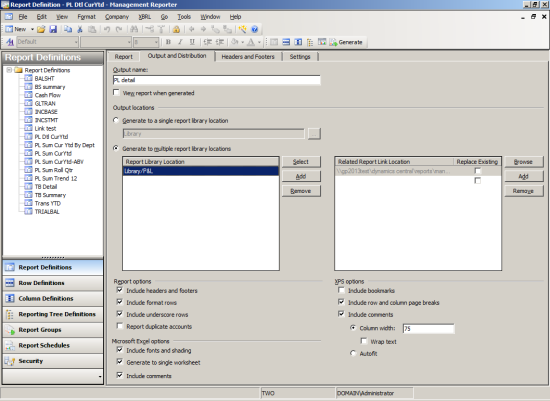 END_OF_DOCUMENT_TOKEN_TO_BE_REPLACED

The management console is a web application that gives you the control you need to manage your web client environment; you can manage users, sessions, initiate session logging and manage application tenant configuration through the two included snap in modules, Session Manager and Tenant Manager. 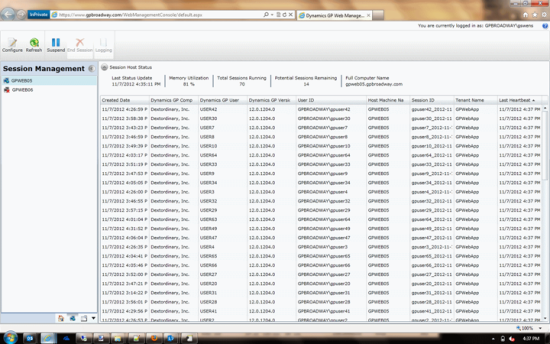 The extensible snap in model of the console also gives ISVs and application developers the opportunity to create custom snap ins to give you even more control of your web client environment.

The Microsoft Dynamics GP2 013 Web Client is browser based; it uses Silverlight and runs in Internet Explorer. While most of the user interface will be familiar to existing users of the application, Microsoft did enhance it to take advantage of capabilities in the browser.

The two biggest changes you will notice is the addition of Ribbons to most of the forms in the application and the consolidation of some child windows into a Window Group or tab on its parent window. 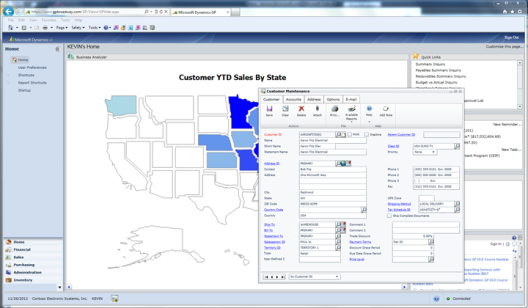 END_OF_DOCUMENT_TOKEN_TO_BE_REPLACED

The Microsoft Dynamics GP 2013 Web Client gives you the freedom to work from anywhere you have a PC with Internet access. You can get your work done while maintaining your busy lifestyle, do sales orders on the road, purchase orders in your hotel or general ledger adjustments over the weekend at home.

The web client also gives customers the ability to extend access to remote offices without the expense and setup of terminal services and, best of all, it does it by using the same familiar user interface so there’s no extra training required to use it.

All it requires is Internet Explorer with the Silverlight plugin. You simply point to the URL for your web client service that is provided to you by your IT staff or hosting partner and login to the system.

From that point on your using the Microsoft Dynamics GP application you already know with the same familiar windows and fields: 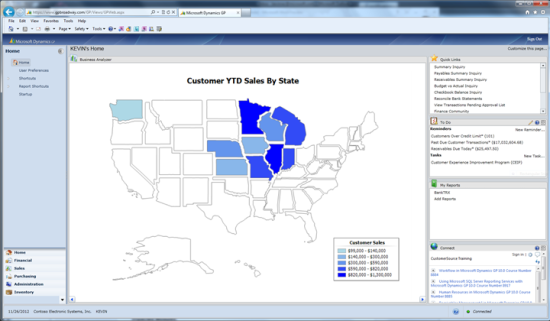 The user has the ability to pay the prepayment at the time of creating the Purchase Order by using a check or credit card. GP tracks prepayment amounts separately from the vendors account balance which means creditor aging is not affected by prepayment transactions; 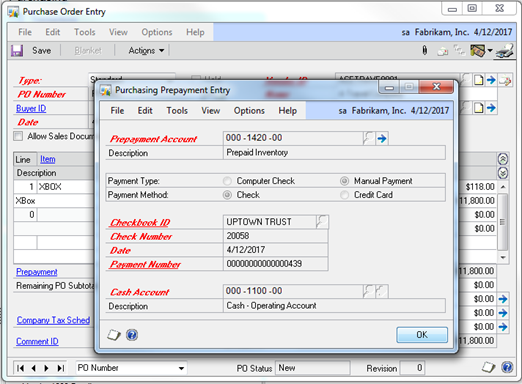 END_OF_DOCUMENT_TOKEN_TO_BE_REPLACED

I’m looking forward to this release of Dynamics GP as there ae many new features included which clients have been asking about for a long time. For Partners there is also the mutli-tenant database and web services architecture as well as the web client (complimented by a web client for Management Reporter 2012 that was made available with Rollup 3).

This feature allows a user or multiple users to process a Purchase Order Prepayment using a computer check or EFT (Electronic Funds Transfer). The process is managed from the creation of the purchase order with the prepayment through the consumption of the prepayment when the vendor invoice is posted.

When raising a purchase order, there is now a field for entering the Prepayment amount (which can be printed on the PO); 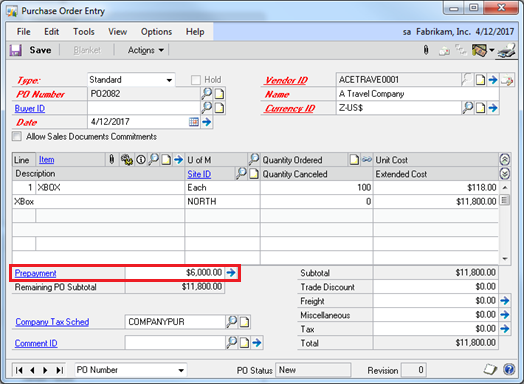 END_OF_DOCUMENT_TOKEN_TO_BE_REPLACED

In Microsoft Dynamics GP 2013 you can integrate Encumbrance Management with General Ledger. When you enter a General Journal Entry, the system will look at previously posted amounts, previously encumbered amounts, and the amount of the transaction to determine if there is budget available for the transaction. 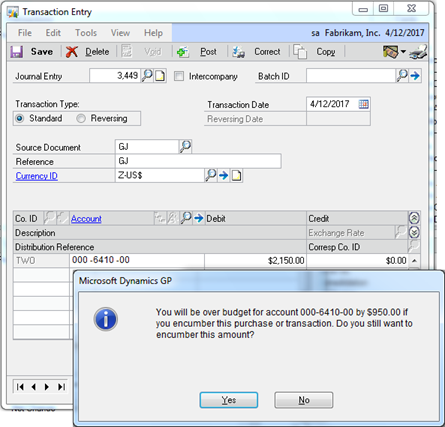