A key prerequisite for installing TortoiseGit is an already installed (command line) Git client which provides a git.exe. The recommended one if Git for Windows which is, the only one, used by the developers of TortoiseGit. The application can be downloaded from Git for Windows: 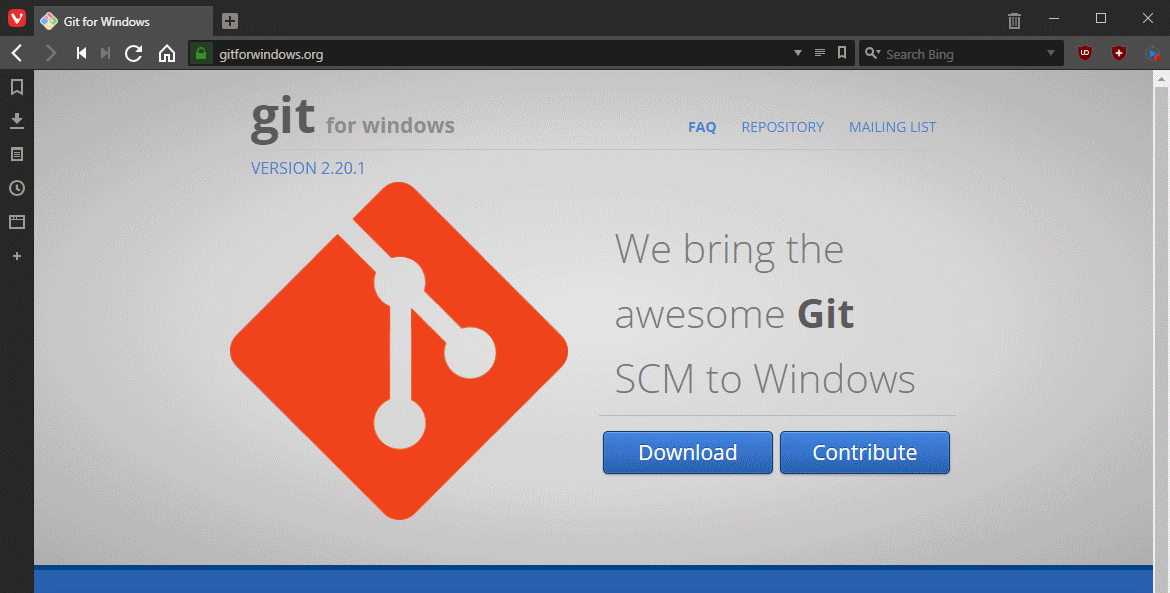