I bought a Microsoft Surface Pro 3 back in the November sales in 2014; I got the i5 8GB model for what I regarded as the best ration of power to price.

Overall I think it is a great device although it overheats when playing 1080p video (only since I upgraded it to Windows 10). It is a very capable machine for working on; I have written two books on it which included running a Hyper-V VM with SQL Server and Microsoft Dynamics GP running.

Until now, the only bug bear I have had with it is the lack of a Print Screen button (apart from the crashing on videos which I didn’t do very often anyway). But this morning when I got up the Surface was displaying the splash screen. The Surface had been left on last night and set to go to sleep.

I hit the power button and held it down to switch it off and came back this evening figuring I would see what the problem was.

Well, unfortunately, the problem was a persistent one. When I switched it back on again it got as far as the Surface splash and stayed there. I switched it off again by holding down the power button and restarted it, but the problem persisted.

The solution to the problem is as follows:

Your Surface should now boot.

As recently rumoured, Microsoft announced a self-built tablet yesterday adding to their current hardware line which includes mice, keyboards and the XBox 360.

Branded the Microsoft Surface it is available as both Windows RT, arm powered 32 or 64GB memory, or as the Windows 8 Pro, powered by an Intel i5 and with either 64 or 128GB of memory with both versions coming with built in Micro SD slot for more, exchangeable memory; 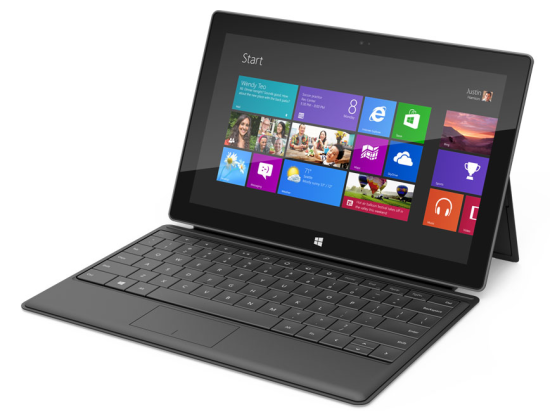