We are currently in the process of upgrading a large 20 site client from Microsoft Dynamics GP 9 to a later version (unfortunately not 2015 due to third party add-ons which are not supported on this version). The client previously had standalone implementations at each site, but we are aggregating them into one implementation for ease of maintenance and also to reduce licensing costs.

The first few we centralised went fine, but we then ran into problems when we did the head office companies. When they ran the GL Summary TB on the old and new systems there was a mismatch between them.

After investigating, the support team established that the problem was down to some corruption in the Account Index Master table (GL00105) where some of the accounts had segments separated with dots instead of dashes as defined in Account Format Setup (Administration area page » Setup » Company » Account Format).

The solution they followed was fairly simple, and in three steps:

After this was done, the report produced from the upgraded system matched the old one.

I was asked to create a new company for a client recently, who is still running Microsoft Dynamics GP 9, which should have been an easy task. However, when I tried to run GP Utilities to create the company I received an error:

I did a bit of exploring and testing of the system, but couldn’t identify the problem. I then tried to search online and did come across a Microsoft Knowledge Base article but it was of no help. I finally decided that the problem might be the client installation I was using.

As mentioned, this particular client is still using Microsoft Dynamics GP 9 which had a separate server components install (they are in the middle of an upgrade project to bring them to the latest version) which complicated things a little as I couldn’t just use any other client.

Instead, I made a did a backup of their DYNAMICS system database and loaded it onto a VM with SQL 2000 and GP 9 SP3 already installed. I was able to use the GP Utilities in the VM to successfully create the company.

That done, I backed up the system and company database and restored them to the clients live SQL Server before anyone started work in the morning. This approach is a little roundabout, but it was a little easier than reinstalling the client on the server and meant I didn’t risk disrupting anything. 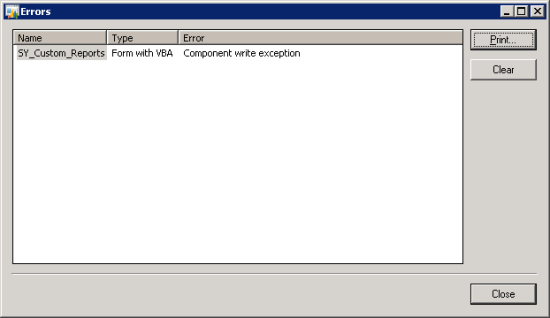 After initial acclimatisation pains with Microsoft SQL Server 2008 R2 (I largely skipped 2005 and 2008 RTM) I have become used to Management Studio and do now prefer it to Enterprise Manager and Query Analyser.

One of the things I really like about SQL 2008 R2 is the installation process where you pick the collation. Dealing with Microsoft Dynamics GP so much means I need to be careful with server and database collations as GP, once installed, cannot have it’s database collation changed.

After reading around and trying to work out the correct path, I decided the likely upgrade path would be GP 9 SP3 > GP 10 SP5 > GP 2010 R2, but I would try GP 9 SP3 > GP 2010 R2 and see if it would work (although I was extremely skeptical) as this would save some time on the upgrades if it was possible. END_OF_DOCUMENT_TOKEN_TO_BE_REPLACED