I recently assisted with a support call logged by a client following the introduction of an RM integration created using SmartConnect.

The client enters exchange rates at the start of the month, but following the integration being deployed, extra exchange rates were being inserted into the exchange rate table. This caused problems as the rate from the external system varied more often than the rates entered, and required, in Microsoft Dynamics GP.

The investigation started from the integration to see if there were any settings in it which could be causing this issue, but none seemed relevant. The only currency fields being set was the Currency ID and the Exchange Rate.

After this I started taking a look into the eConnect stored procedures on top of which SmartConnect runs. After digging down a couple of levels I discovered that taMCExchangeRate has a section which inserts the exchange rate passed in if it is not in the Exchange Rate table; this is regardless of the setting in Multicurrency Setup (Financial area page » Setup » Multicurrency) which were set to allow rates to be used without being added to the exchange rate table.

The client was running Microsoft Dynamics GP 2013 SP2 and my investigation was confirmed on a 2019 October Release environment so this is a long standing issue which is not yet resolved; I have confirmed with Microsoft that they are aware of this issue and it is logged with the development team for resolution in a future version.

We’ve been doing some work with a client recently creating a number of integrations in SmartConnect. One of these was creating General Journals into a consolidation company from other Microsoft Dynamics GP databases.

Everything looked fine from a SmartConnect perspective; success reported for the integration and no warnings or errors. However, when we looked at the resulting journal, there was no Currency ID: 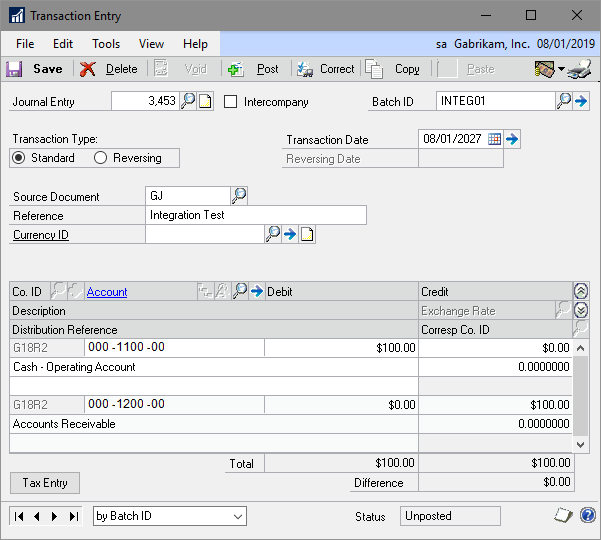 The problem here isn’t actually a SmartConnect one, but an eConnect one which has been known for a long time. There are a number of reports of this, but the one we found when researching was on the Dynamics Blogger.

The solution is to create a chequebook (checkbook) for the Functional Currency.

The company we were importing into, didn’t have one as only the GL was going to be used; once the chequebook was created, the integration worked fine.

Over the last few posts in this series, I have shown how to create a simple General Journal integration.

The process is slightly more involved than creating a similar integration, but the huge advantage is being able to schedule the integration to automatically run and select all files from a folder.

With Integration Manager, to allow multiple people to use the same integration you had to point it at a shared drive letter which all users had in common (and often not all did, due to being in different locations).

In addition, SmartConnect can also process the Excel spreadsheet directly, without requiring the user to save the active page down as a CSV; something which Excel really doesn’t want you to do.

The other main benefit of SmartConnect is that if there is an eConnect node available, it can integrate that type of record into Microsoft Dynamics GP, whereas Integration Manager could only use the ones available via the standard or eConnect adapters.

eOne Solutions also have a product called Node Builder which allows additional eConnect nodes to easily be created without the need for a developer. I’ll be taking a look at NodeBuilder in a future series.

The final error I received while creating the Journal – Standard map was when I scheduled the map to run automatically: 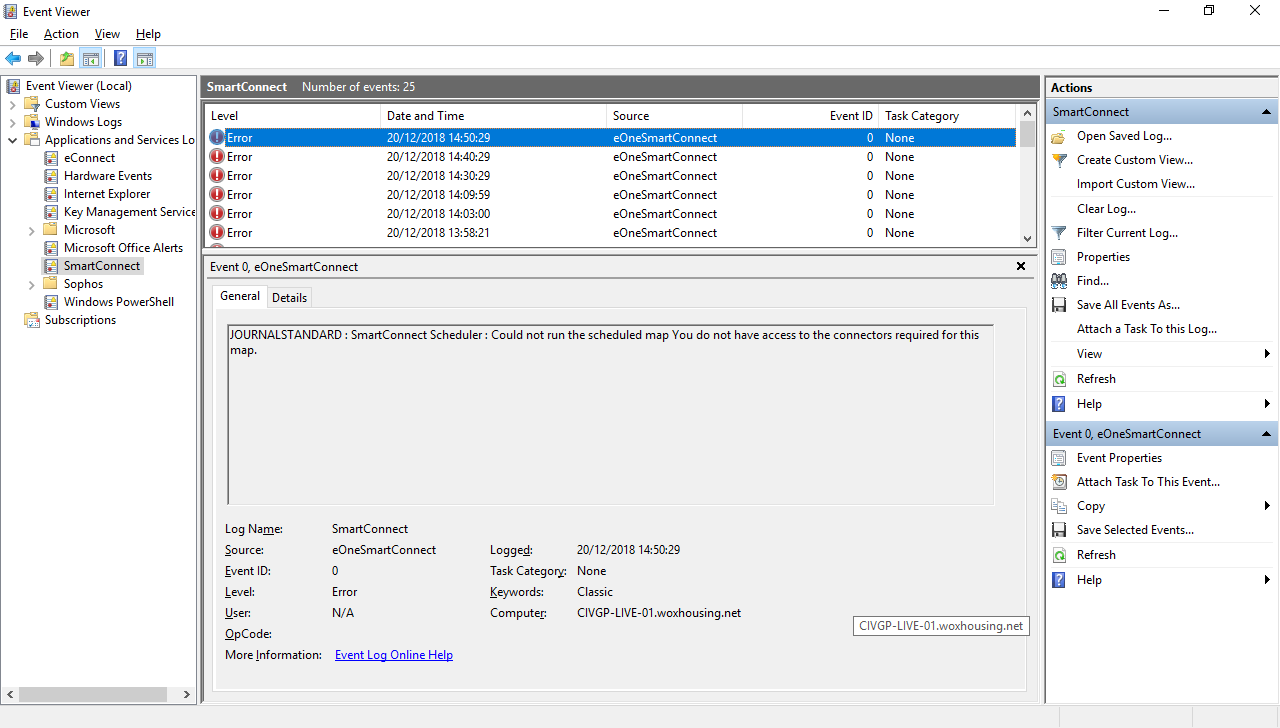 END_OF_DOCUMENT_TOKEN_TO_BE_REPLACED

While I was creating the Journal – Standard for this series, it was not all smooth sailing. I received an error message while testing the integration: 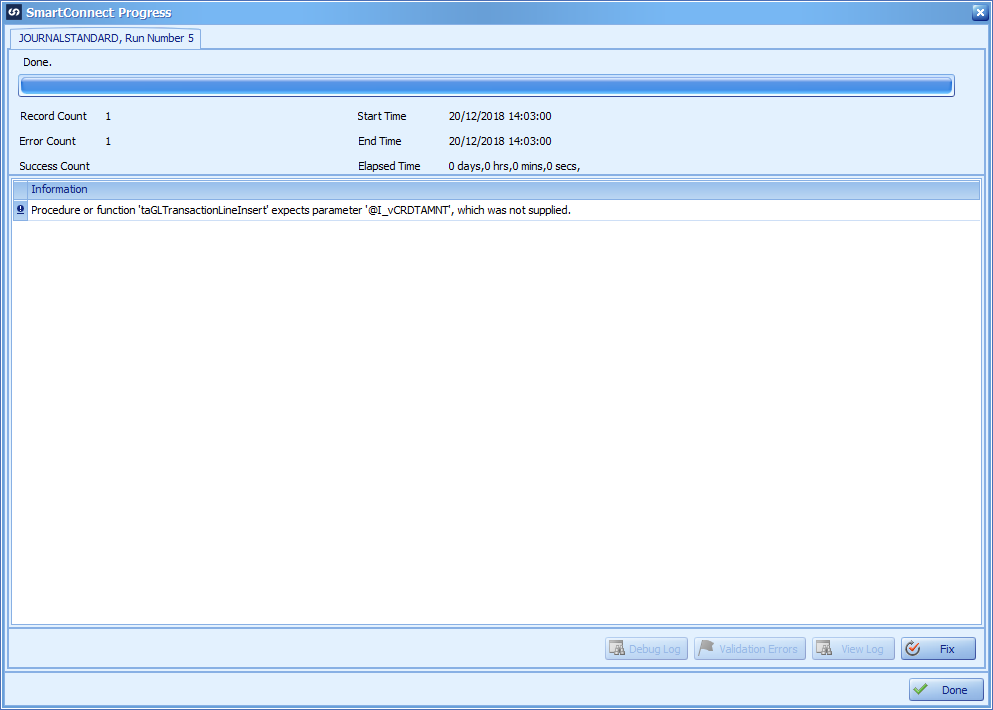 END_OF_DOCUMENT_TOKEN_TO_BE_REPLACED

When I was creating the Journal – Standard for a client recently, I encountered a problem when trying to add a Key Field in the Map Setup window: 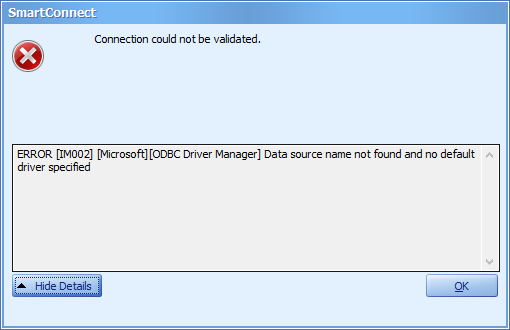 This integration polls for Excel spreadsheets in a certain folder; it took me a moment to realise that the server I was working on was a new one and did not have Microsoft Excel installed.

I asked the client of they could install it for me and, once they had done so, the error disappeared and I was able to add the key fields without further problems.

The journal standard integration is one which I would usually schedule to run periodically throughout the day. This is done as the final step in creating the integration from the Map Setup window by clicking Schedule on the toolbar.

The Schedule window will popup and allow you to configure the schedule as required: 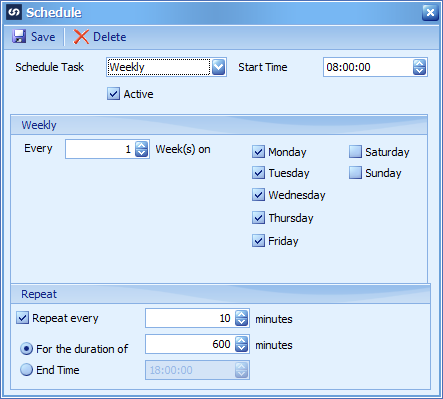 Over the last few posts, I’ve stepped through the creation of a map in SmartConnect; with the map now completed, it is time to test.

To do this click the Run button on the Map Setup window.

A SmartConnect Progress window will be displayed and show the progress; as you can see below, my source file with one journal in has been successful: 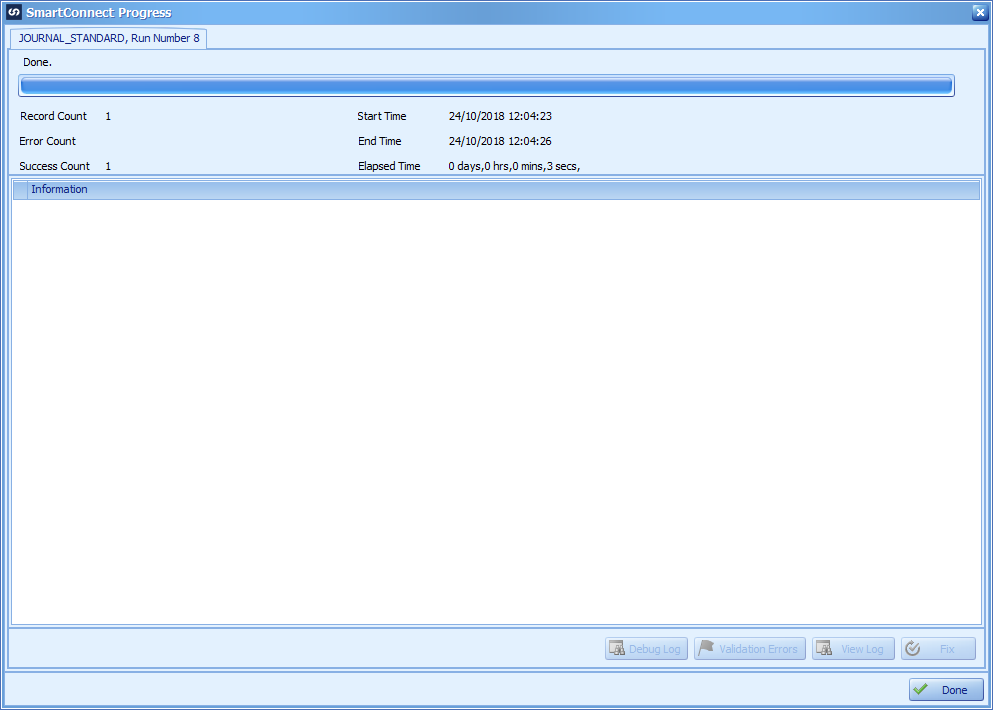 END_OF_DOCUMENT_TOKEN_TO_BE_REPLACED

From the Map Setup window, double-click on the Create journal line in the scrolling window.

As shown in the image, below, map the BatchID, TrxDate, Reference and JRNENTRY fields from the source to the destination. If JRNENTRY doesn’t show here then you have not marked the Use as Global Variable in the GP Rolling Column window).

You also need to change the Column Type on the Transaction type row to List Option and then set the Column Name to Regular; this will make sure the integrated journal is created as a standard journal. 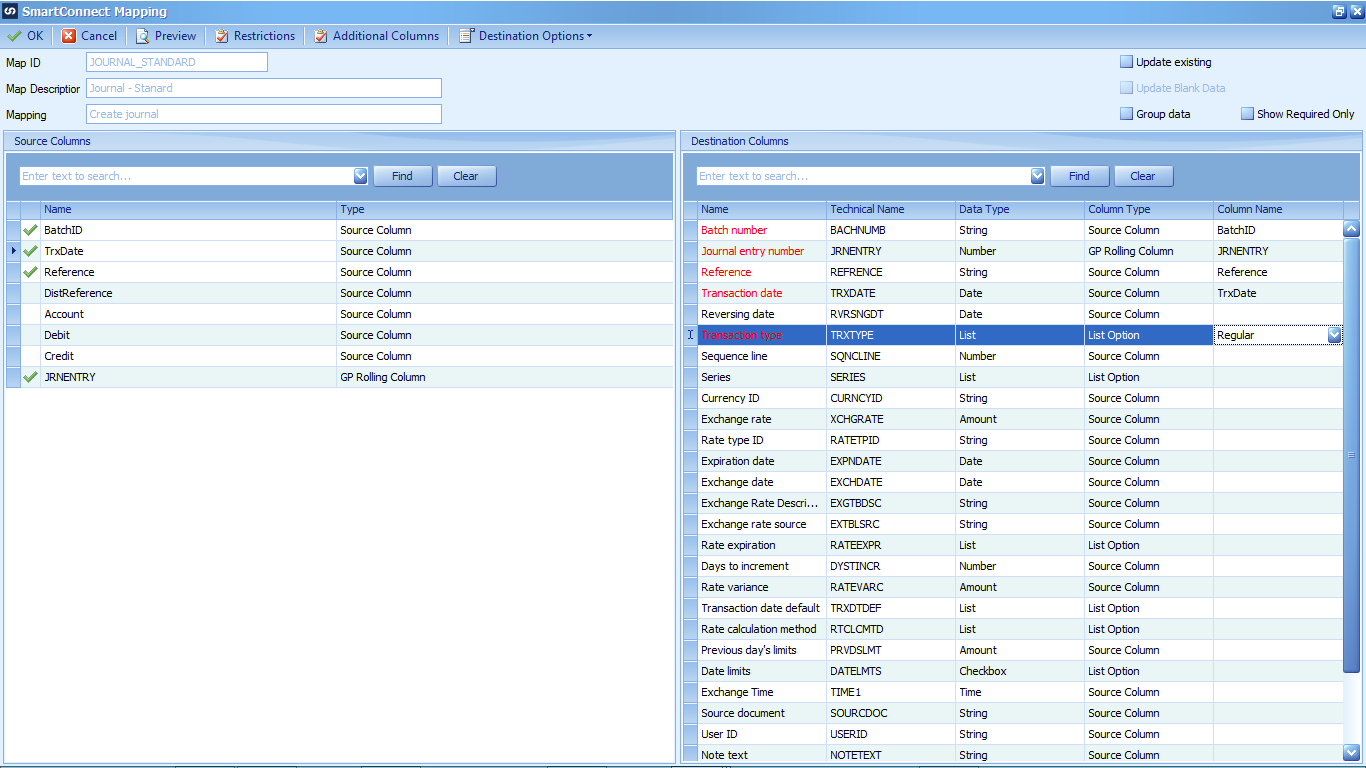 END_OF_DOCUMENT_TOKEN_TO_BE_REPLACED

With the Destination configuration started, the next step is to define the distribution field mapping.

Double click the Add distribution entry in the scrolling window at the bottom of the Map Setup window when the Destination section is selected: 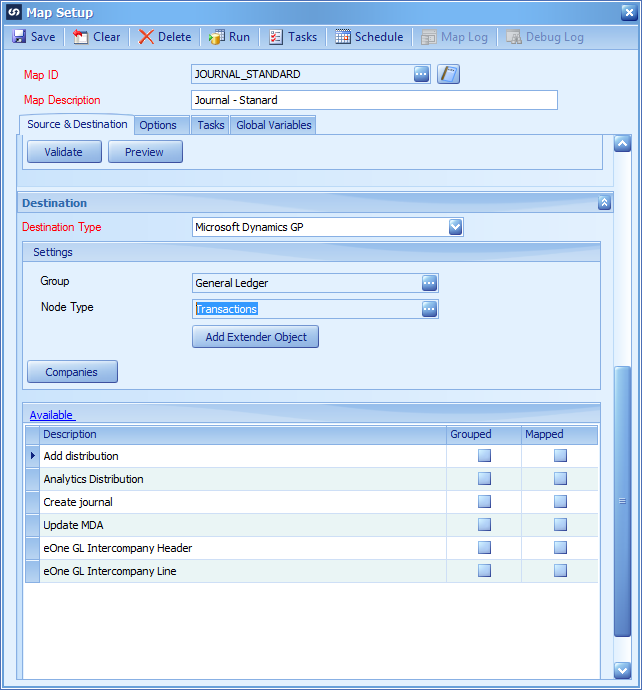