I did an upgrade for a client recently which encountered a problem in one company and crashed; when resuming the upgrade, the Upgrade these companies? step showed a lock against the company which had encountered the problem: 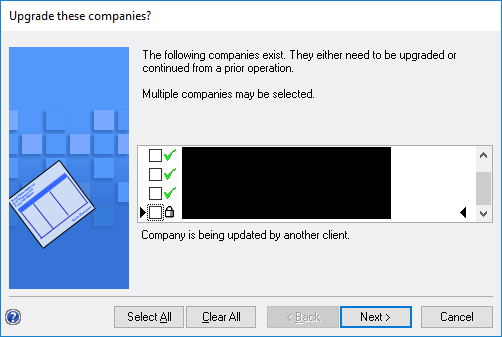 It’s a while since I encountered this and I had to look up how to remove the lock; it’s quite simple to do with a small SQL script. To remove the lock, run the below in SSMS against the system database (typically named DYNAMICS):