The twentieth feature of the day is On PO Generation Show Purchase Order Transactions Navigation List. When I heard of this feature, I initially thought it might be quite useful, but since I’ve been hands on, I’ve changed my mind.

The feature works by launching the Purchase Order Transactions navigation list when the purchase requisition is purchased and the purchase order created: 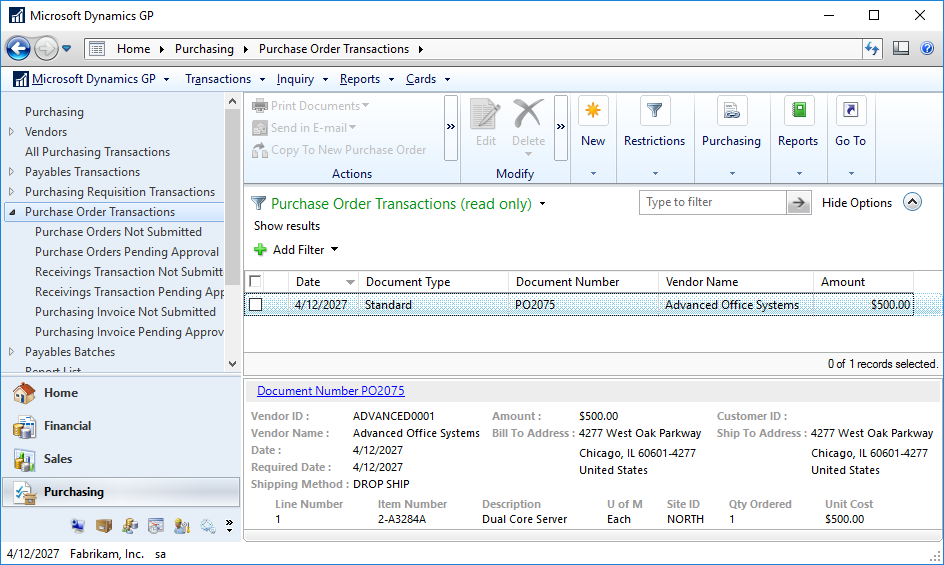 My problem is that navigation lists can be quite slow to load, especially when Reporting Services Reports have been deployed. This feature would have been much better if it had been introduced with an option to enable/disable it (I’ve looked and can’t find one; if anyone knows different please let me know via the comments).