The tenth feature of the day was Reporting for Workflow which saw the addition of some Workflow Reports accessible from the Reports section of the Administration area page: 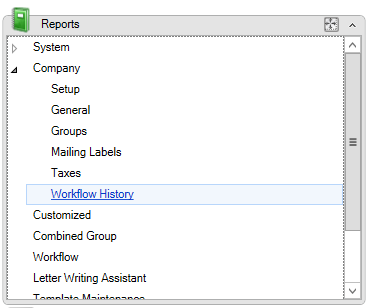