Load the setup utility from the installation media and, under Additional Products, click on : 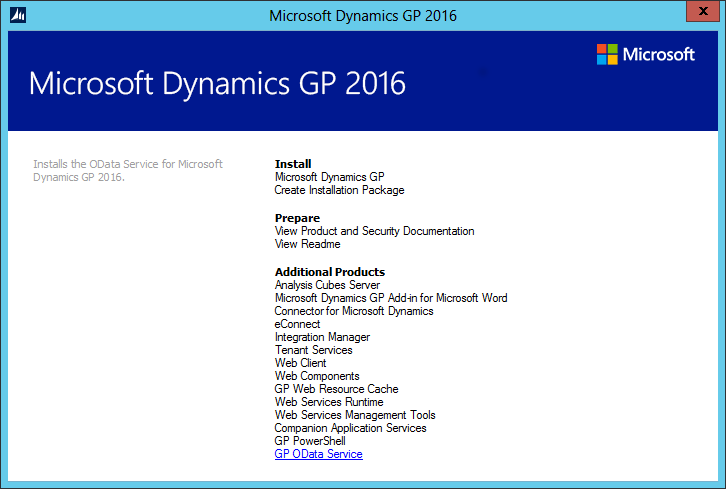 END_OF_DOCUMENT_TOKEN_TO_BE_REPLACED

The following command can be used to return all available cmdlets for Dynamics GP PowerShell:

The following example shows how GP PowerShell can be used to create a new company: 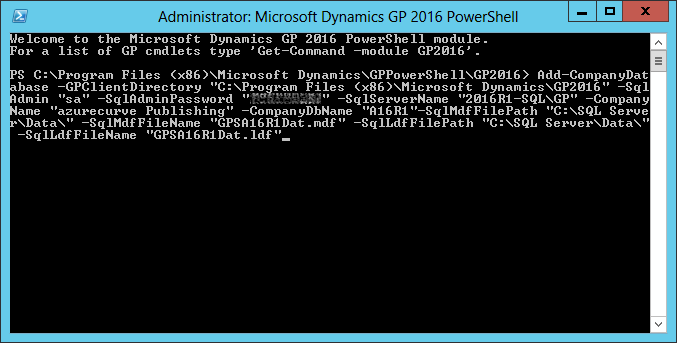 The supplied parameters and their values are:

You would replace the text between the quotation marks with the values you want to use to create the company.

Enter the cmdlet and parameters into GP PowerShell and hit return and the cmdlet will launch GP Utilities and create the new company; if you have any missing parameters or errors the launch will fail (usually with a less than helpful message).

Once you have the media downloaded, run the setup utility and, under Additional Tools, select GP PowerShell: 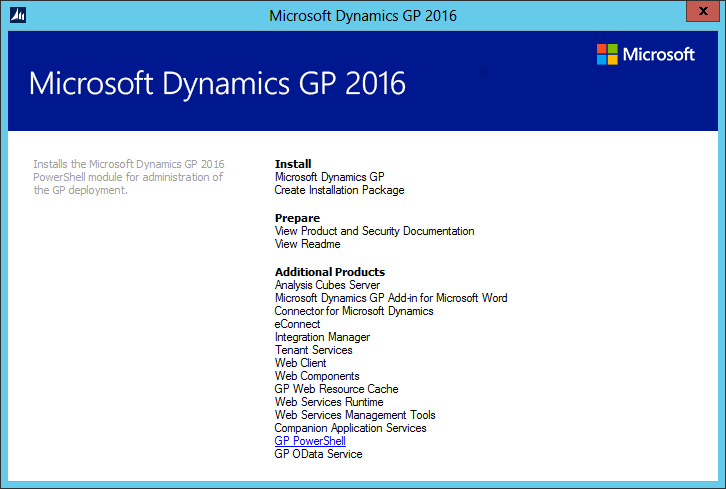 END_OF_DOCUMENT_TOKEN_TO_BE_REPLACED

Microsoft Dynamics GP supports the use of cross-platform companion applications (such as the Business Analyzer app). 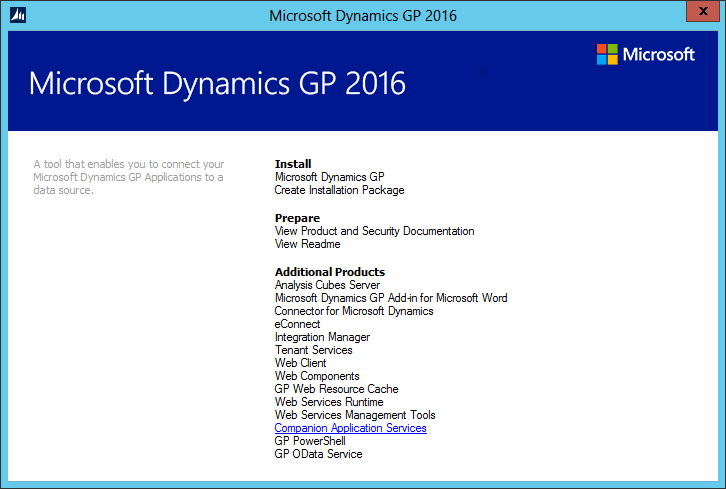 END_OF_DOCUMENT_TOKEN_TO_BE_REPLACED

Once the Web Services have been installed and configured, it is recommend that they be verified to ensure everything is working as it should. There are four items which need to be checked.

The first check, is to make sure that the Windows service is running; check this by opening the Services Control Panel applet (easiest to do by hitting Win+R and typing services.msc; scroll down and find Microsoft Dynamics GP Service Host. Ensure it is running and set to Automatic: 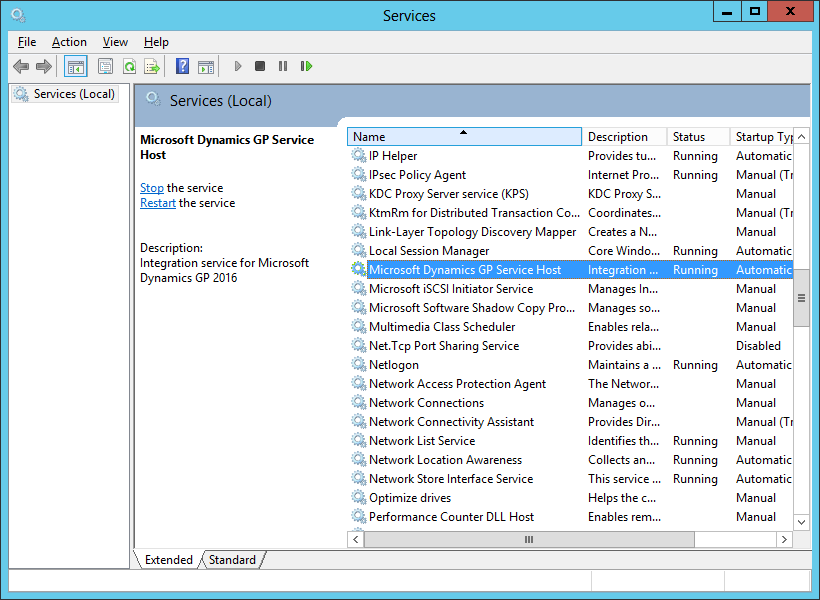 END_OF_DOCUMENT_TOKEN_TO_BE_REPLACED

I bought a Microsoft Surface Pro 3 back in the November sales in 2014; I got the i5 8GB model for what I regarded as the best ration of power to price.

Overall I think it is a great device although it overheats when playing 1080p video (only since I upgraded it to Windows 10). It is a very capable machine for working on; I have written two books on it which included running a Hyper-V VM with SQL Server and Microsoft Dynamics GP running.

Until now, the only bug bear I have had with it is the lack of a Print Screen button (apart from the crashing on videos which I didn’t do very often anyway). But this morning when I got up the Surface was displaying the splash screen. The Surface had been left on last night and set to go to sleep.

I hit the power button and held it down to switch it off and came back this evening figuring I would see what the problem was.

Well, unfortunately, the problem was a persistent one. When I switched it back on again it got as far as the Surface splash and stayed there. I switched it off again by holding down the power button and restarted it, but the problem persisted.

The solution to the problem is as follows:

Your Surface should now boot.

With the Web Services for Microsoft Dynamics GP installed, it is time to do the configuration. The final step of the installation allows you to open the Web Services Configuration Wizard automatically, or it can be launched from the Windows start menu: 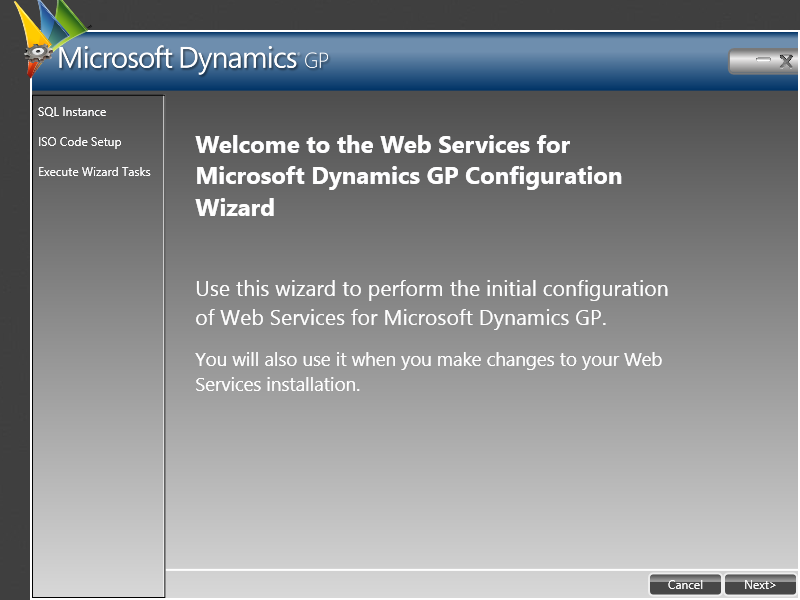 END_OF_DOCUMENT_TOKEN_TO_BE_REPLACED

Since the introduction of Workflow 2.0 in Microsoft Dynamics GP 2013 R2, I have been doing a lot more installs of the web services. There are one or two gotchas (more at the configuration stage than the installation stage though) which I will highlight as we go through these next few posts.

Start the setup utility on the installation media. As web serices are likely to be installed on a server which does not already have any Dynamics GP components installed you will see the Bootstrapper Setup; click Install to install the required components: 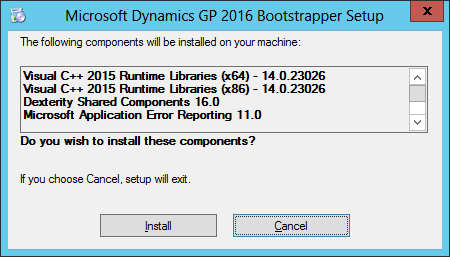 END_OF_DOCUMENT_TOKEN_TO_BE_REPLACED

If you have a number of clients to install then the best way of doing this is to create an installation package. Do this by launching the setup utility and, under Install click Create Installation Package: 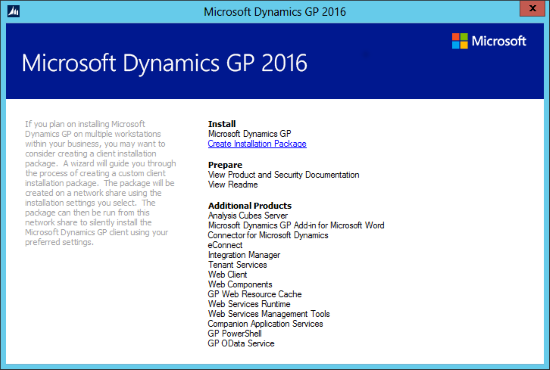 END_OF_DOCUMENT_TOKEN_TO_BE_REPLACED

Once Integration Manager has been installed there is a final admin step which is required. Before it can be used, it needs to be run as an admin (to prevent errors) and the registration keys entered. 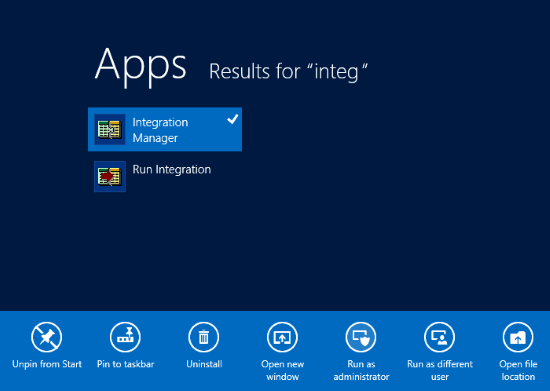