I have received a copy of Microsoft Dynamics GP 2013 Reporting to review which I will be doing over the next couple of weeks.

This is an update to the previous edition of the book for Microsoft Dynamics GP 2010, but this one is for the current version: 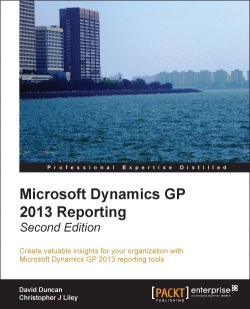 I’ll be giving it a thorough read and, setting aside my distaste for reporting outside of Management Reporter, I may even follow some of the examples and post a detailed account.

If you don’t want to wait for my review of the book, it can be bought now from Packt Publishing.

Clicking the tile will launch the app which will show a Net Income – Summary view and, as is standard in Microsoft apps, a slice of the next part of the app: 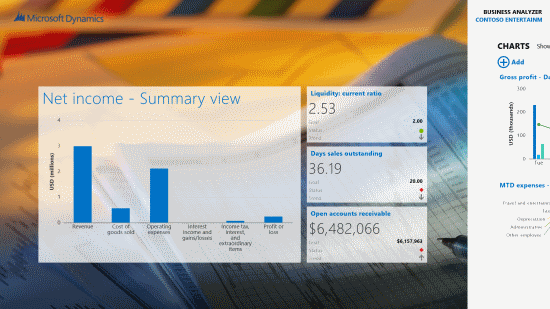 END_OF_DOCUMENT_TOKEN_TO_BE_REPLACED

I did a couple of posts a while ago on fixing the sample company reports (the first post fixed the Row and Column Definitions and the second the Reporting Tree Definitions), but there has been another issue with them that has been bugging me for a while.

The reports are configured to run for periods around the current system date, which means dates in 2013. But the Fabrikam sample company is in 2017 so the reports return no data. With Management Reporter storing its reports and configuration information on a SQL Server database, it is possible to tweak the reports to run for 2017.

I checked each of the reports to see how what Base period they were using and then worked out what I needed to update to set the reports to run for similar periods in 2017.

END_OF_DOCUMENT_TOKEN_TO_BE_REPLACED

As mentioned in the last post, Business Analyzer R5 is available from the Windows 8 App Store. As both an inveterate blogger and incorrigible tinkerer I figured I might as well blog about my tinkering with the new app.

Unfortunately, my tinkering will only be able to take me so far as I have just started to build a new test system. However, Business Analyzer R5 can be download, installed and used to view sample data after being downloaded from the Windows 8 App Store.

To install Business Analyzer R5, open the Windows 8 App Store and enter dynamics in the search field and hit return (or the lookup icon). Wait a brief moment and the matching apps will be returned with, i your search works the same as mine, Business Analyzer in the first position: 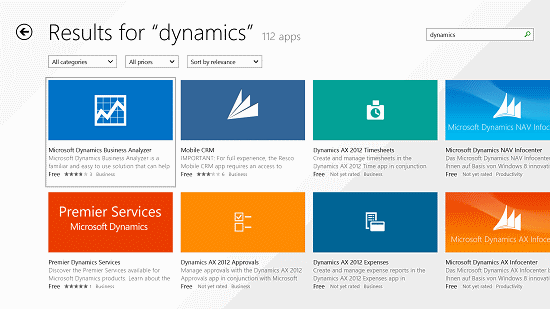 END_OF_DOCUMENT_TOKEN_TO_BE_REPLACED

As of the weekend just gone, a new version of Business Analyzer is available for Microsoft Dynanamics GP from the Windows 8 App Store.

There are several new features that were added to Business Analyzer, plus more are planed to be added in the first half of 2014. This app will become a hub for people who are either casual users of Dynamics GP or don’t even have access to the desktop or web client.

A few of the highlights in Business Analyzer are:

This is an example of the new landing page: 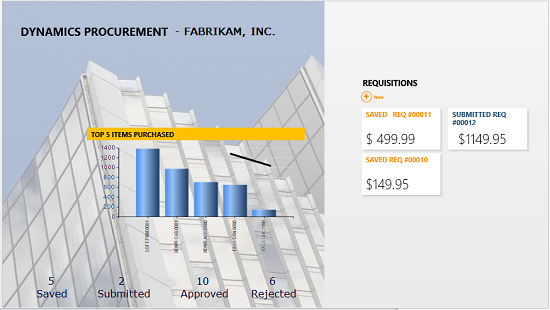 END_OF_DOCUMENT_TOKEN_TO_BE_REPLACED

I am going to the IT in Housing Exhibition 2013 at the Olympia Centre in London on the 19th and 20th November; my employer Perfect Image will be there to show Microsoft Dynamics GP as an option for housing associations and others in the social housing sector.

We’ll be sharing a stand with MIS Active Management Systems who offer a suite of housing focussed applications called ActiveH.

This exhibition is free to attend for both conference delegates and for visitors involved in the provision of social housing.

The exhibition features around 80 exhibits from leading suppliers and is the UKâ€™s most highly regarded and focused event for those involved in ICT in the housing sector.

If you’re attending, why not stop by and say hello.

A client reported a problem with Management Reporter returning incorrect figures when a link to the Financial Dimensions on the Row Definition had been entered in lower case.

The reports in question had been created in FRx which was rather more forgiving that Management Reporter is for these things. The client had quite a large number of reports which may, or may not, have had segments entered in lower case so the client didn’t want to have to check and update manually.

I again delved into the Management Reporter SQL database and updated the ControlRowCriteria table to capitalise the Low and High values of the link to financial dimensions using the script below:

Once the update had been run, the client checked their reports and confirmed that they were now returning the correct figures.

Learn how you can integrate with Microsoft Dynamics GP.​​ Register Here